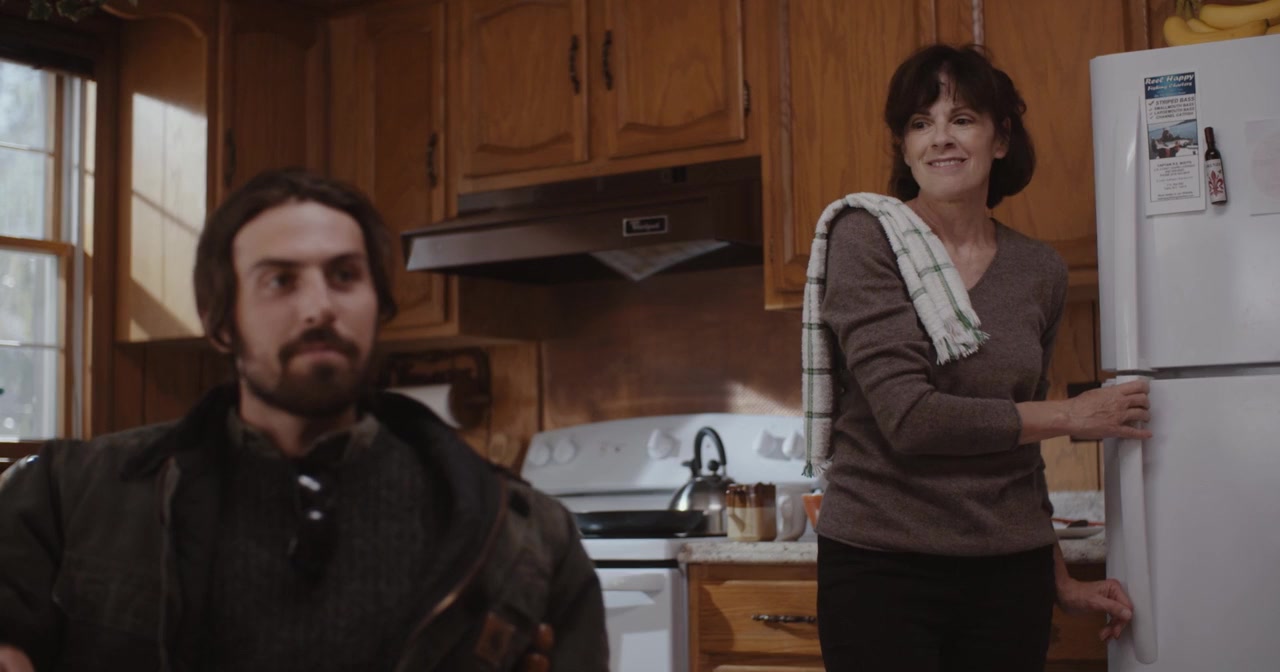 Now available on multiple SVOD platforms is an emotionally charged independent film that touches upon the powerful feelings of grief, guilt, and how people struggle with the recovery from these forms of distress. Written by Rich Cirillo and directed by S J Creazzo, Skipping Stones may be, at times, a tough movie to watch, but is still a beautifully expressive and true to life portrayal of people with overwhelming personal crises. With a mix of both relatively unknown actors and some very familiar ones, the film offers these talented performers the opportunities to express themselves in some very dynamic and affecting ways.

Nathaniel Ansbach stars as David Travers, a guilt-ridden young man who returns to his hometown after going away to college. It has been some time since he last reconnected with his parents (Patricia Charbonneau, Michael Ironside) in person, but feels somewhat ready to face them after leaving them, in an attempt to escape some ghosts from the past. Though David wishes to face his demons head-on, his often overwhelming guilt makes the process of achieving closure and acceptance more difficult.

Ten years ago, David was directly involved in horrible, tragic accident that caused the death of his best friend Bobby. Despite the fact that his death wasn’t exactly David’s fault, his self-blame lead to a desperate suicide attempt. Now that he has returned home, David must attempt to bond with his parents who continue to “walk on eggshells” around him and simply do not know how to communicate normally with him. He must also face Bobby’s parents (Chase Masterson, Daniel Hugh Kelly) whose relationship with one another, along with their relationship with daughter Amanda (Gabrielle Kalomiris) have suffered since the tragedy rocked them all to the core.

Now I know this is not at all feel-good fare, but the people who love a good, powerful, moderately melodramatic movie about the aftermath of tragedy, Skipping Stones is definitely worth a watch. The movie is not only a very good example of solid dramatic filmmaking and character development, it is also a wonderful showcasing of genuine acting talent. Working with Cirillo’s formidable screenplay and working under the assured direction of S J Creazzo, the actors of this film shine brightly in all of their scenes.

It came at no surprise that veteran actors such as Michael Ironside, Daniel Hugh Kelly, Patricia Charbonneau, and Chase Masterson could perform well throughout the movie. However, I was genuinely impressed by the dramatic turns by newcomers Gabrielle Kalormiris and Nathaniel Ansbach who are absolutely incredible as the main protagonists of the film. Ansbach has a highly likable shy, boyish charm as the tormented David and has the chops to express the necessary emotions his character demands. Kalomiris gives a passionate and fiery turn as Amanda McDowell, the surviving sibling of Bobby and an aspiring dancer with a troubled relationship with her parents.

And it is the skillful and evocative portrayal of these troubled relationships that make Skipping Stones so irresistably watchable and engaging. I do have a gripe that things get wrapped up and resolved a little too quickly and neatly at the end of the movie. I would have preferred a slightly longer epilogue with the characters arriving to their places more naturally and realistically. Nevertheless, I still recommend Skipping Stones, as I feel it could offer people and families who have endured tragedies a story and characters with which they can relate. I hope to see more films by S J Creazzo and Rich Cirillo in the near future.